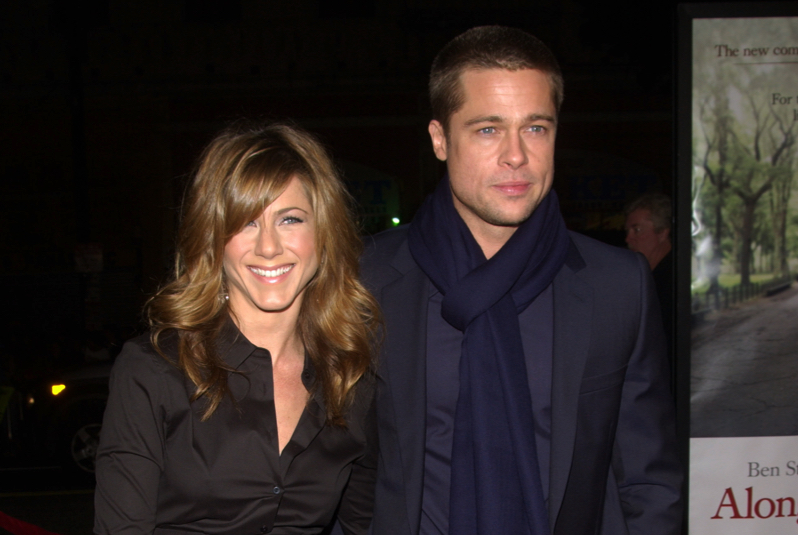 This morning reported that Brad Pitt is texting Jennifer Aniston again, because if theres one thing that’s extremely predictable in this world, its how fuckboys recycle their exes. Pitt, who divorced Aniston in 2005 after being married for five years, conveniently wants to get in touch now that hes going through another messy divorce with Angelina Jolie and battling for custody of their children he was accused of abusing back in September. How cute.

The details of this are literally exactly what you’d expect, but I guess we can go through them anyway. It all starts with Brad tracking down Jens number in order to *cringe* wish her a happy birthday on February 11th. This is by far the most pathetic and clich excuse to get in contact with an ex, and I wouldve respected a 2:39am U up? text significantly more. I cant even imagine what his thought process was while constructing this message:

The source further revealed that, fucking duh, Brad wanted to do more than offer a disingenuous birthday wish and began confiding in Jen dumping all of his emotional garbage onto her. He apparently told her hes having a hard time with his split. Its funny because no one knew that divorces could be difficult and emotionally traumatizing, especially not JenOH WAIT.

So all of this is unfolding like clockwork and you get the gist of whats happening here, including Jens justification for responding that she just wants to be nice. NO, JEN! *screams every woman in America* There are times to be nice (not that Ive ever witnessed one but thats what Im told), and this is NOT one of them. Enabling fuckboys just makes them grow stronger and douchier, which is the exact opposite of what we want. The only thing Brad should be seeing in response to these extremely lame texts is Read at 11:54am. Stay strong, Jen! Someone out there has already started a KickStarter campaign to help you; Im sure of it.

15 Feel-Good Drake Songs Every Woman Needs On Her Playlist

Is Nick Cannon Having Another Baby?

Meghan Markle and Prince Harry’s baby will be a Royal

Student Shares the Crazy Story Behind Her

15 Feel-Good Drake Songs Every Woman Needs On Her Playlist

Is Nick Cannon Having Another Baby?

Meghan Markle and Prince Harry’s baby will be a Royal

Student Shares the Crazy Story Behind Her

How Congress responded to Trump's request to investigate the Obama administration

Michael Kors Wants You To Know He Did NOT Dress Melania

May 28, 2021
Back to top button
Close
Recent Posts This Week
Show More
Categories
Follow Us
Close
Log In