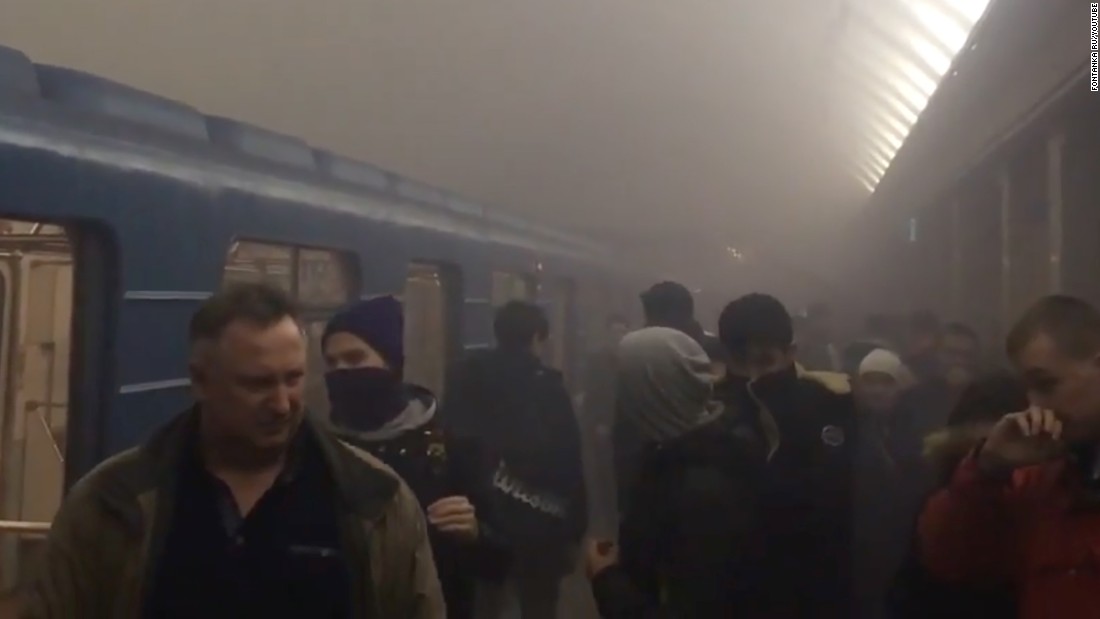 A second device was found and defused at another station, Russia’s Anti-Terrorism Committee said. No group has claimed responsibility for the attack, which led to the shutdown of the city’s metro system.
President Vladimir Putin, who had been in St. Petersburg earlier in the day, said all causes were being investigated, including terrorism. Russian Prime Minister Dmitry Medvedev described the explosion as a “terrorist act.” 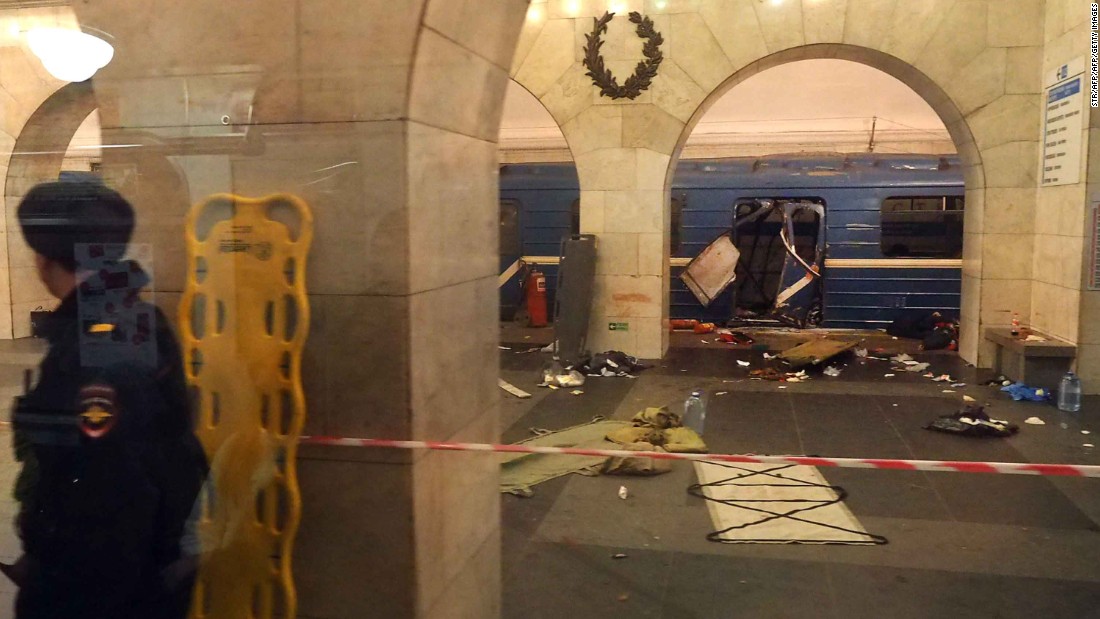 The blast happened just after 2:30 p.m. (7:40 a.m. ET) as the train was traveling in a tunnel from Sennaya Ploshchad to Tekhnologichesky Institut stations in the city center. In the confusion, initial reports suggested there were two blasts.
Investigators are seizing items relative to the investigation, questioning witnesses and metro employees and working to confirm the number of dead and injured, Russia’s Investigative Committee said in a statement.
The train’s conductor possibly saved lives, the committee said, because rather than stop the train after the blast, he continued on to the next station, which allowed passengers to evacuate and rescuers to tend to victims. 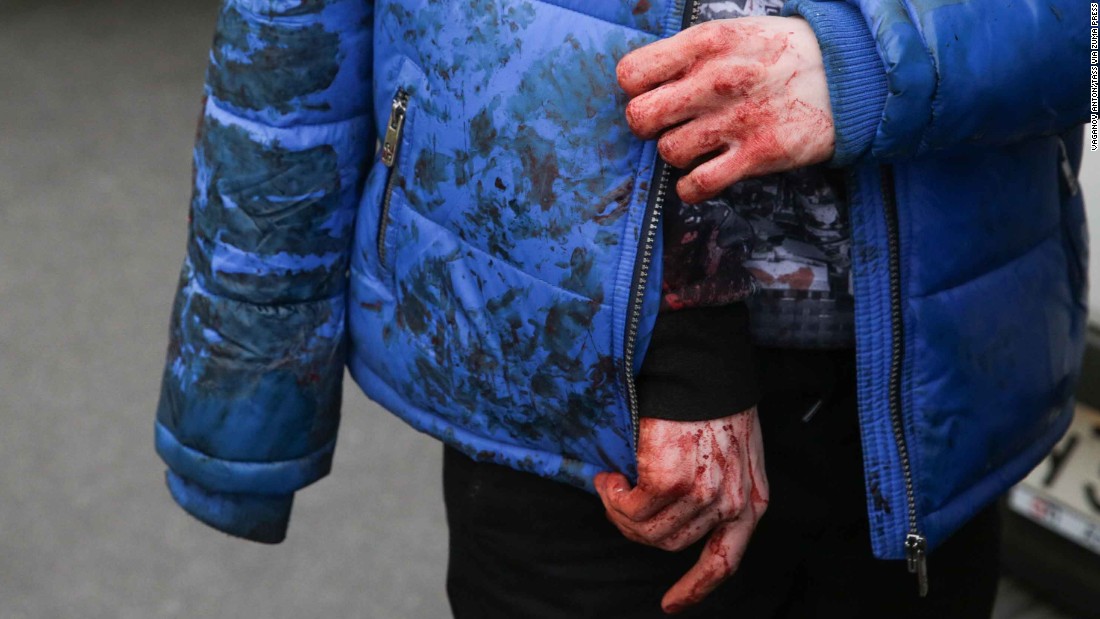 Photographs show the facade of one of the cars ripped off and passengers running from the Tekhnologichesky Institute station as it filled with smoke. Victims said they helped each other escape the train.
Bodies were seen strewn across a station platform outside the train. Rescuers carried bandaged and bloodied victims out of the station.

A spokesman for the National Anti-Terrorism Committee said the blast was caused by an unidentified explosive device in one of the train’s cars.
“So far, we say it was an unidentified explosive device as investigators and the Federal Security Service’s bomb specialists are to establish the exact cause of this explosion,” Andrei Przhezdomsky told state-run Russia 24.
A second device was found at another metro station — Revolutionary Square — and was disabled, the committee said in statement.
At least three dozen people have been hospitalized, six of whom had critical injuries, the health ministry said. Other agencies in St. Petersburg gave differing numbers for the dead and injured.
Authorities closed down the entire metro system, whose five lines carry 2.3 million people a day.

Passengers described the horror in the aftermath of the blast.
“In the metro car, everyone expected death, if I can say that. After the explosion, everyone expected consequences. Then we were taken out, and people began to help each other, brought others out. Most were covered in blood,” a passenger on the train told state-run TASS. 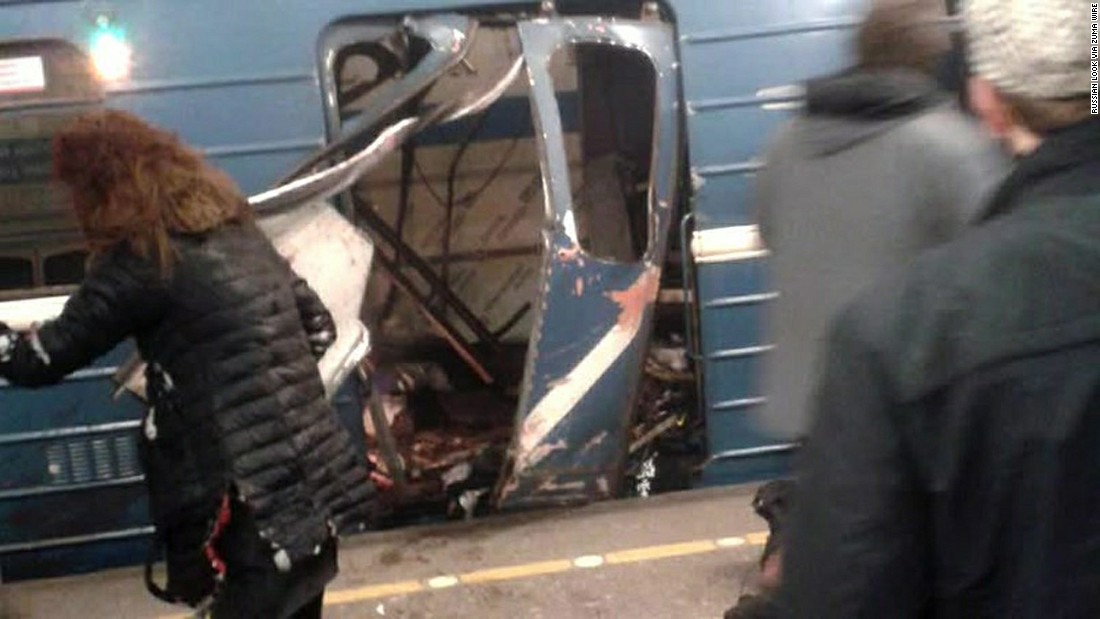 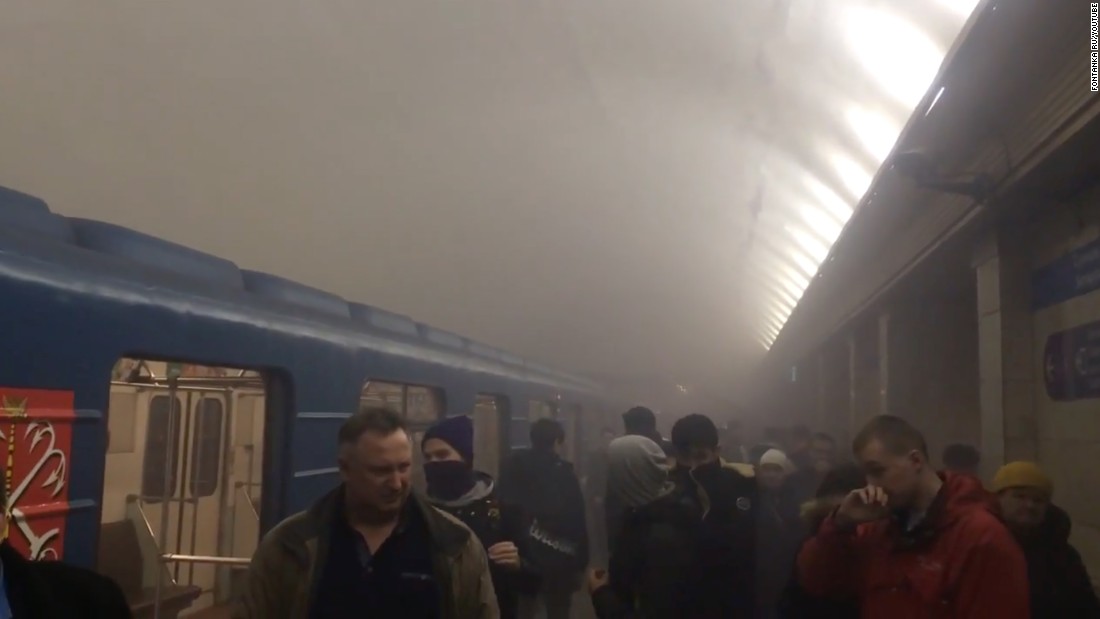 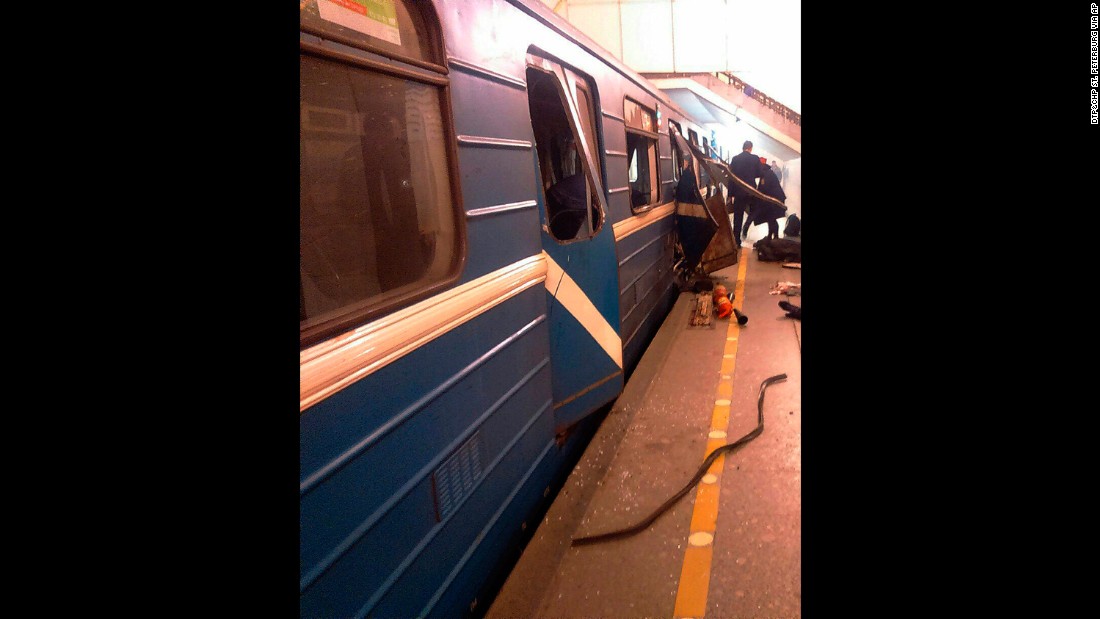 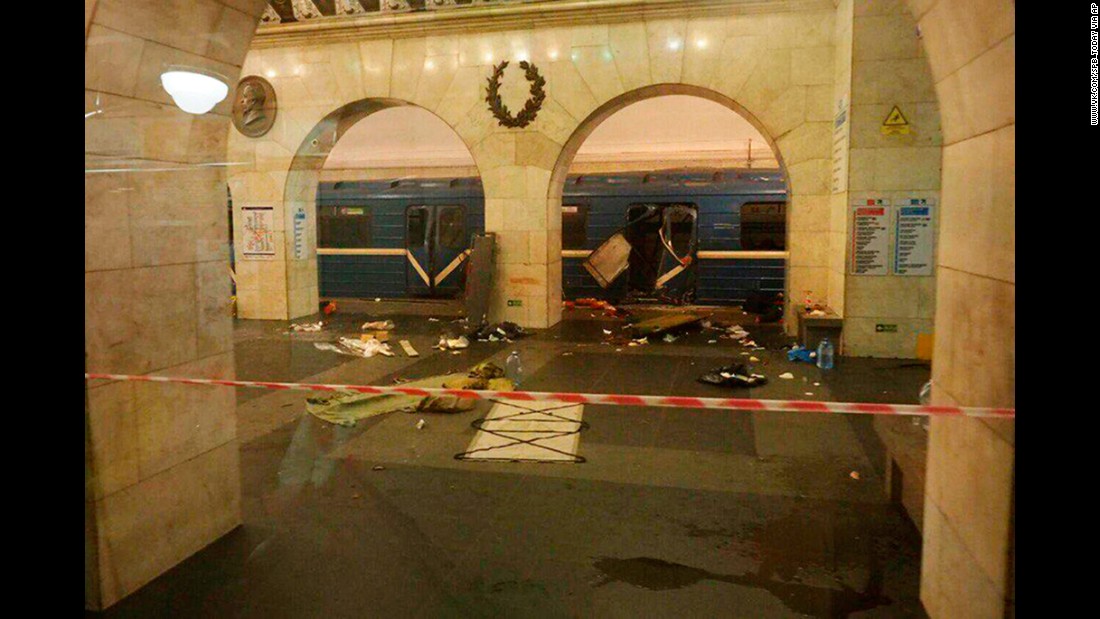 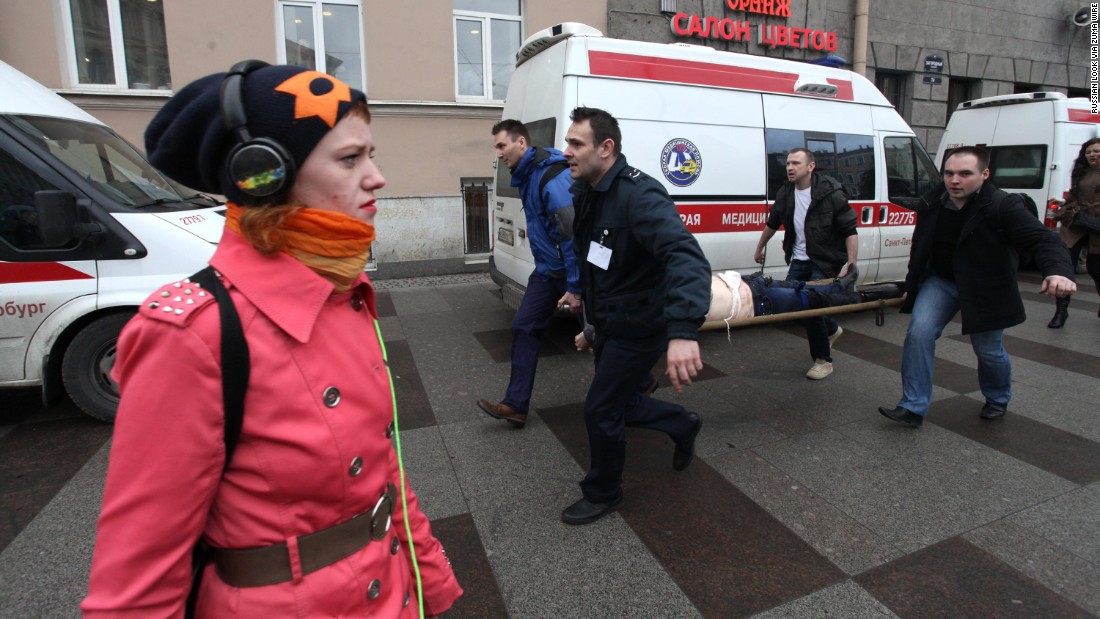 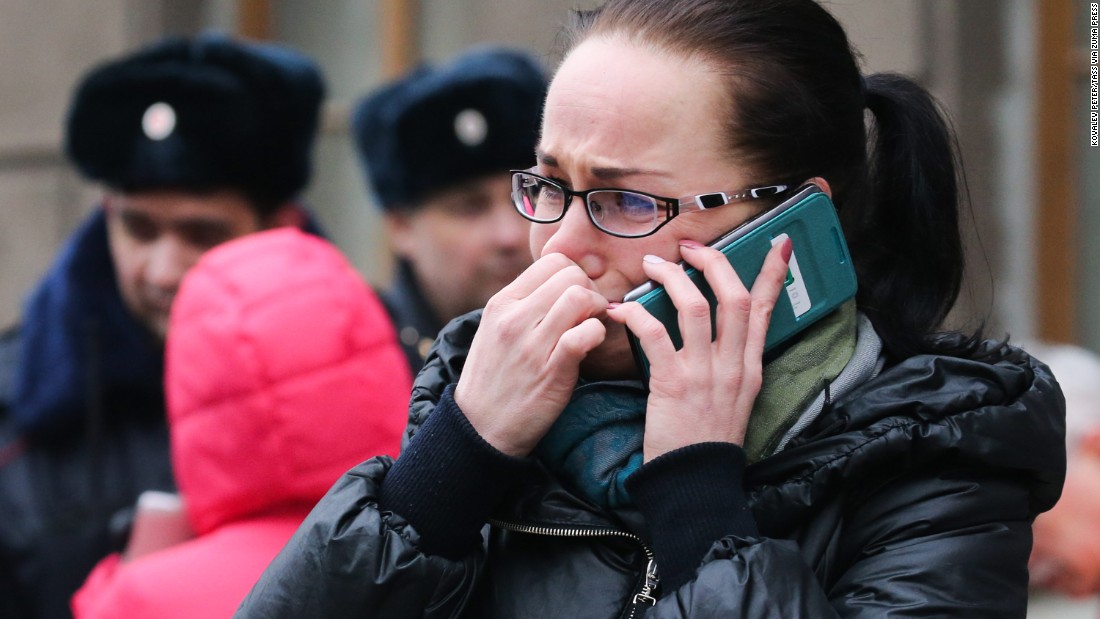 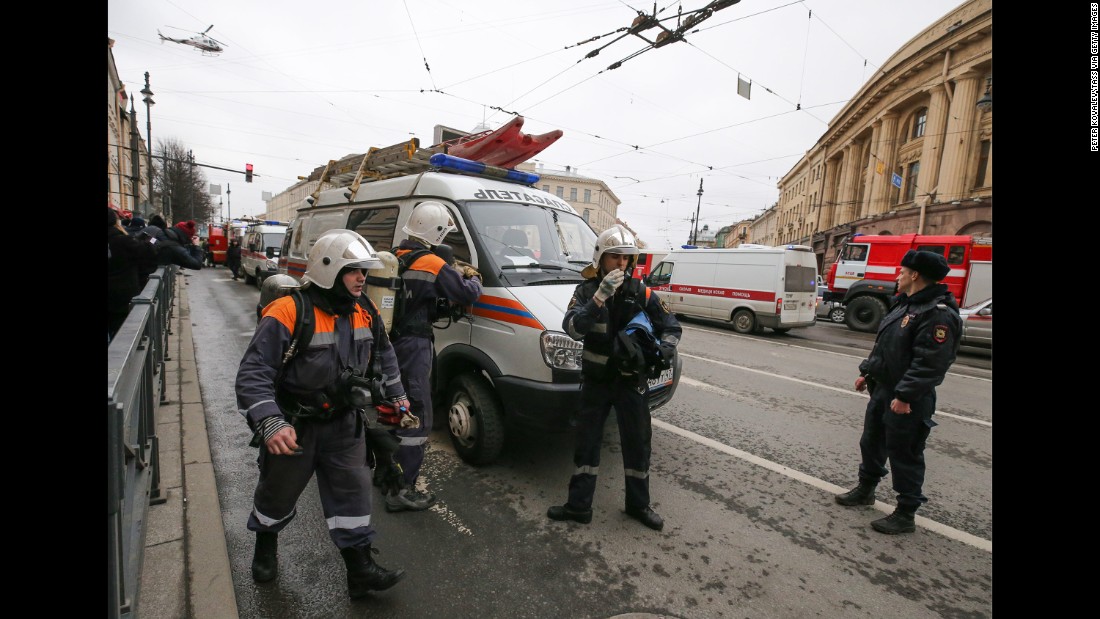 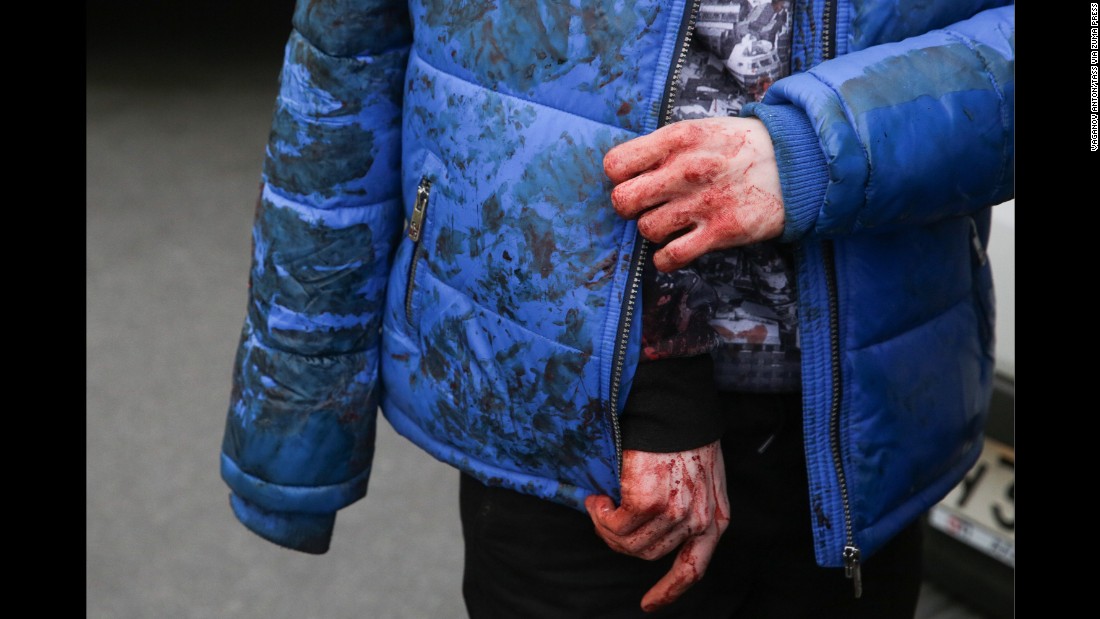 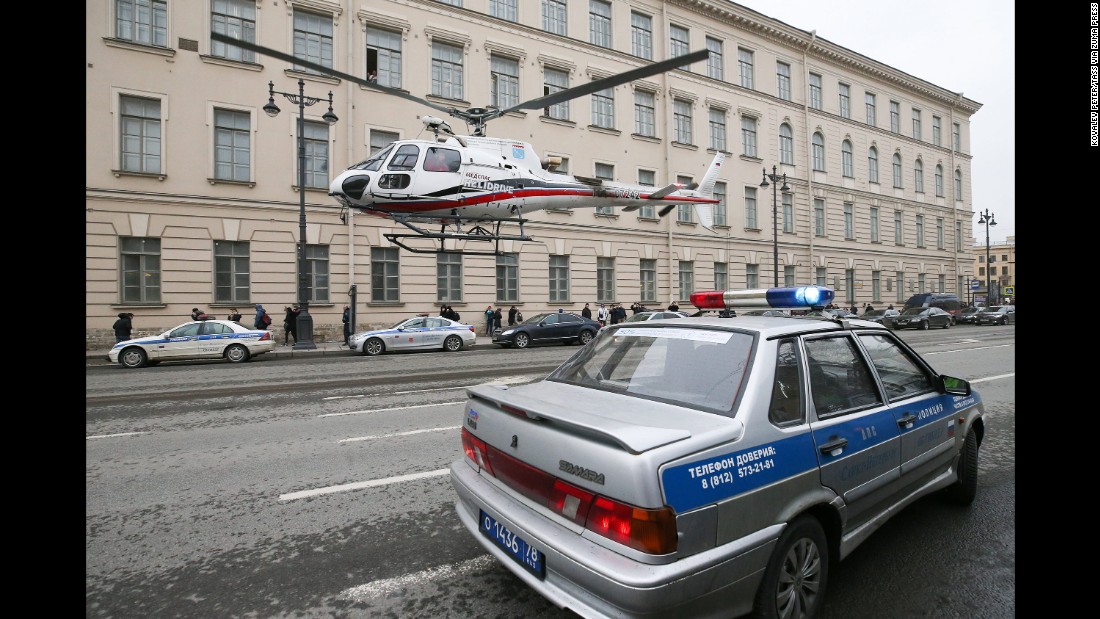 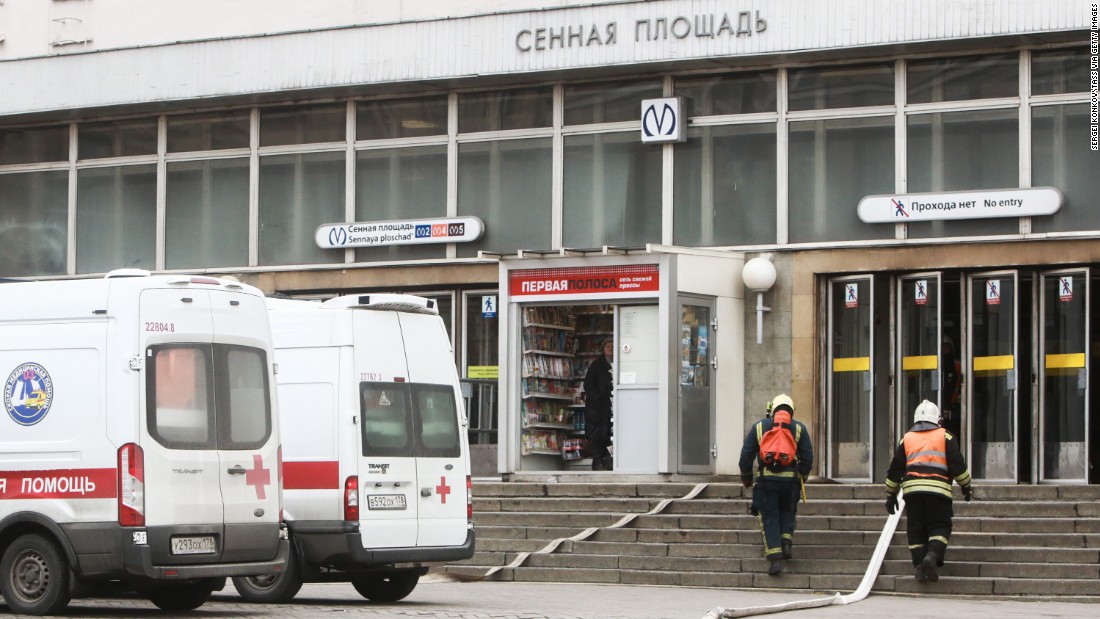 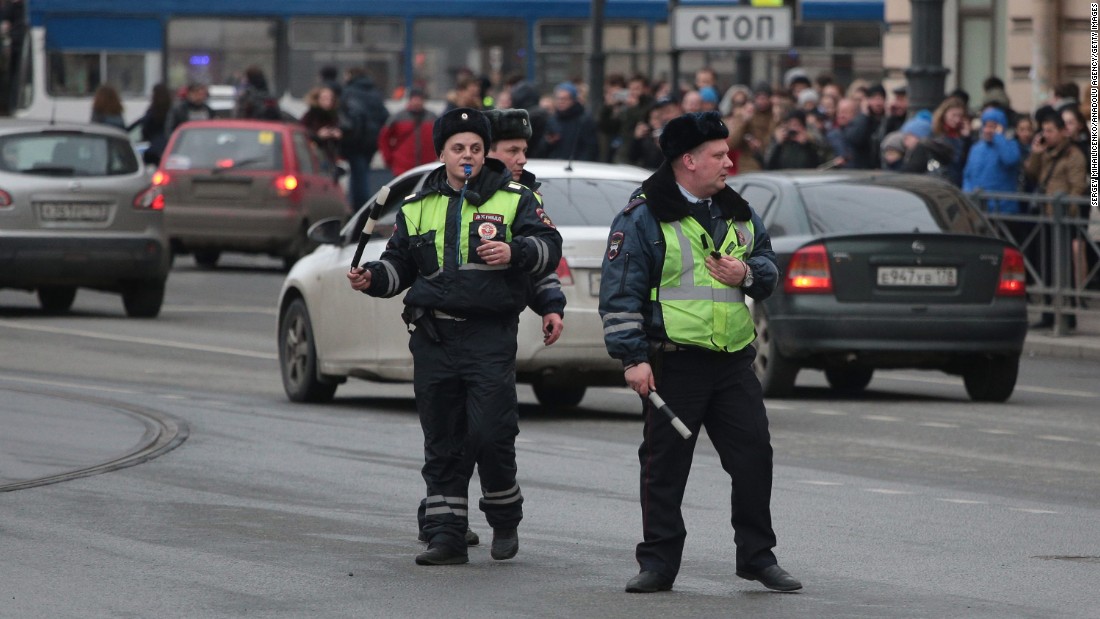 Kremlin spokesman Dmitry Peskov said Putin had been in St. Petersburg speaking at a media event.
Viktor Ozerov, chairman of the defense committee in the Federation Council, said that the choice of St. Petersburg as a target may have been tied to Putin’s visit.
“The choice of the place and the timing of these blasts is not accidental. The president of Russia is in [St. Petersburg]. The media forum is taking place there. There are many journalists,” Ozerov said.
Medvedev said victims would be provided with “all necessary assistance.” He said in a Facebook message: “My most sincere condolences to the families and friends of the victims of the explosion.” 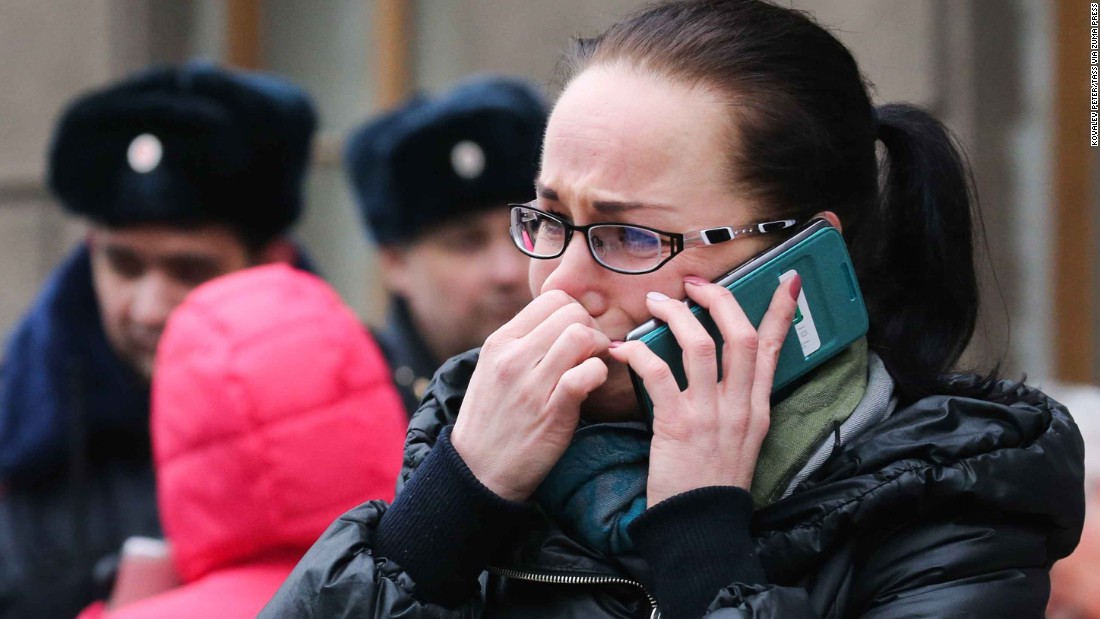 Russia was once a hotspot for terror attacks, but the country has experienced relatively few in recent years.
In December 2013, a suicide bombing at a train station in Volgograd killed at least 16 people. The following day, in the same city, a suicide bombing on a trolley bus killed 14 people.
In 2010, two female suicide bombers blew themselves up at two Moscow metro stations, killing 40. They were linked to the Chechen insurgency.
Fast facts: Here’s a look at Chechnya
And in 2002, Chechen rebels killed 170 people in a theater hostage situation in the capital, Moscow.
CORRECTION: An earlier version of this story attributed the terrorism motive to the Russian prosecutor general. It was the city’s prosecutor general.

HDMI, Display Port, VGA, and DVI as Fast As Possible

The Thousand Oaks gunman died from a self-inflicted